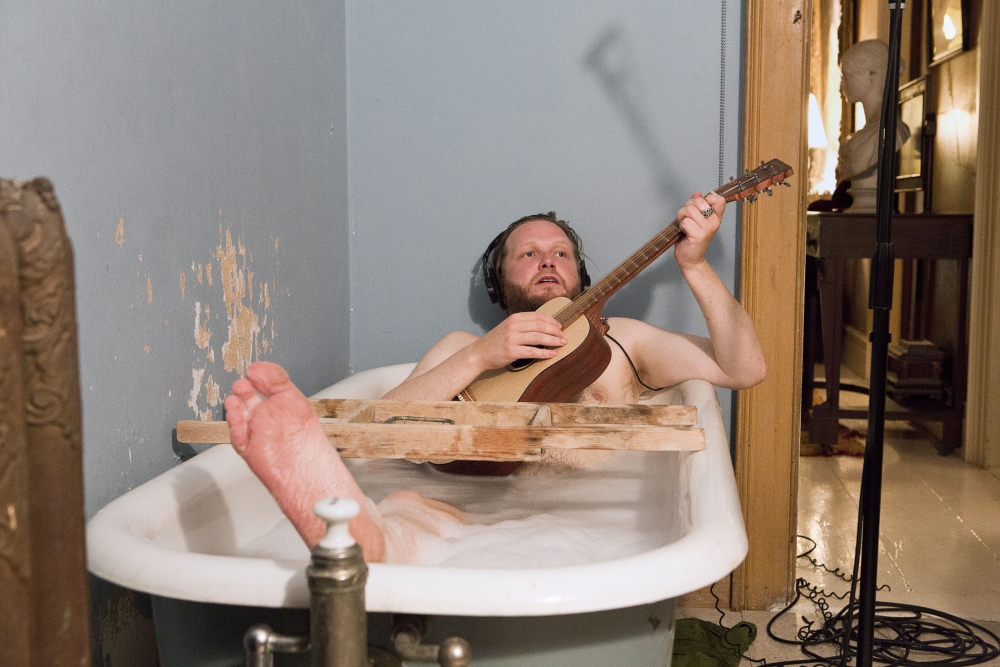 A sentimental portrayal of friendship, love, and loss and one of the best-loved works in the ICA’s permanent collection, Ragnar Kjartansson’s (b. 1976, Reykjavik, Iceland) masterwork The Visitors (2012) is a monumental nine-channel sound and moving-image installation of a performance staged at Rokeby Farm, a historic 43-room estate in upstate New York. Each of the individual audio/video channels features musicians—including Kristín Anna and Gyða Valtýsdóttir, founding sisters of the Icelandic band Mùm; Kjartan Sveinsson, former member of Sigur Rós; and Davíð Þór Jónsson, Kjartansson’s longtime collaborator and co-composer of the musical arrangement—playing instruments either alone or in groups, separately but simultaneously, occupying different rooms of the romantically dilapidated estate. The lyrics are taken from the poem “Feminine Ways,” written by Kjartansson’s former wife and fellow artist Ásdís Sif Gunnarsdóttir. The title alludes to the 1981 album of the same name from Swedish pop band ABBA, the group’s last record to date, as divorce and internal strife ended their professional and personal relationships. The musical composition coheres in the work’s installation, presenting a dynamic and moving ensemble performance Kjartansson refers to as a “feminine nihilistic gospel song.” Through its unique arrangement of music in space, The Visitors creates a layered portrait of the house and its musical inhabitants.