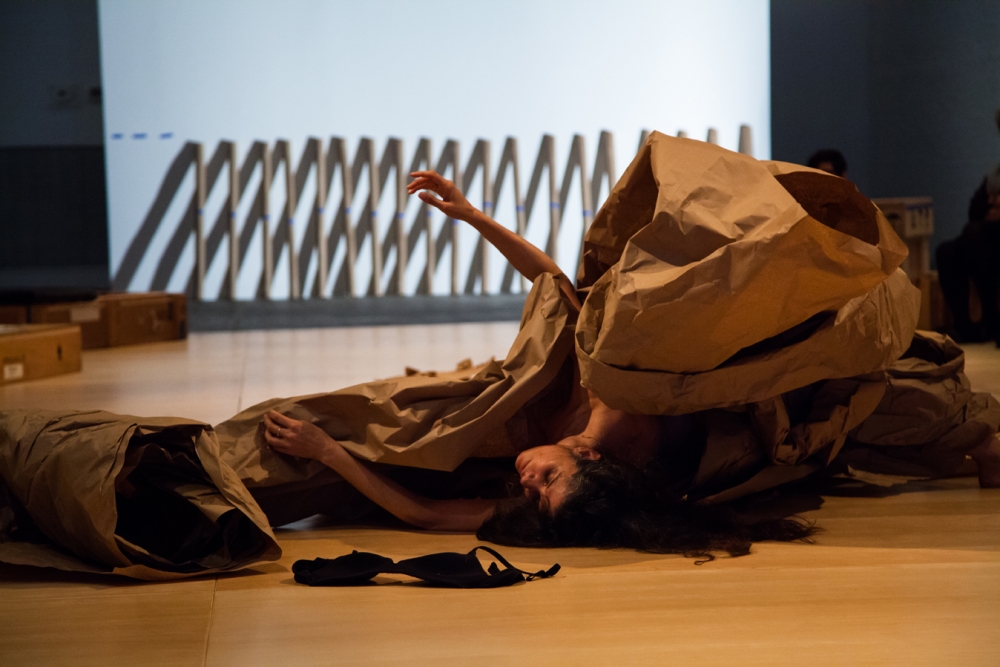 Paper Dance is both a retrospective spanning thirty years of work by the New York–based artist Janine Antoni (Bahamian, born 1964 in Freeport, Grand Bahama) and a solo dance performance developed in collaboration with pioneering dancer and choreographer Anna Halprin (American, born 1920 in Wilmette, Illinois). On view on the second floor of the Jones Center, The Contemporary Austin’s downtown venue, Paper Dance consists of a wooden dance floor and thirty-nine crates containing thirty-eight works of Antoni’s sculpture and photography from 1989 to the present. During the exhibition, Antoni will present a series of performances within the gallery. Throughout each performance the artist will reposition and uncrate artworks so that the space changes and evolves over time, highlighting three exhibition cycles that address major themes of Antoni’s work: absence, motherhood, and identity.