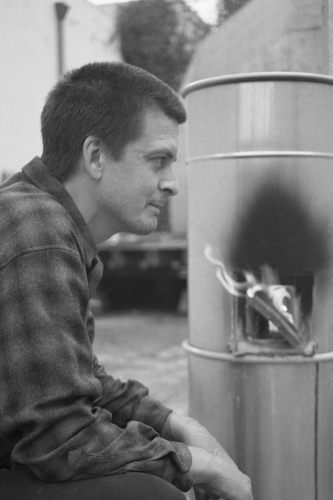 Oscar Tuazon will be participating in the 2019 Chicago Architecture Biennial. Titled ...and other such stories, the Biennial is rooted in close readings of the spatial realities of its host city. Sitting at the crossroads of the Great Plains and the Great Lakes, Chicago has been shaped by planetary forces: colonial expansion, mass migration, extraction economies, and rapid industrialization. Thus, Chicago’s urbanism is inextricable from the flows of people, goods, and capital—and the concurrent exploitation of bodies, labor, and nature—that have contributed to its making. Today, despite the promise of economic development, Chicago, like many other established and emergent global metropolises, faces challenging urban conditions that require the reimagining of forms of exchange between human activity, technology, and the natural world. By extension, owing to its physical geography, Chicago is a singular context in which to address climate and ecological concerns shared by many postindustrial societies.