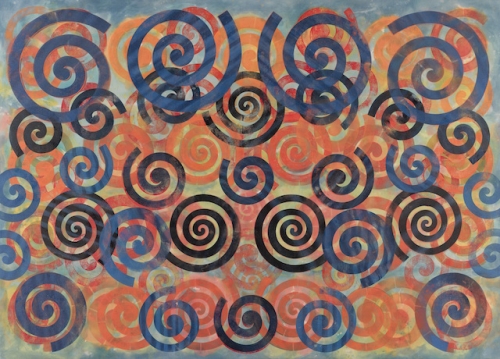 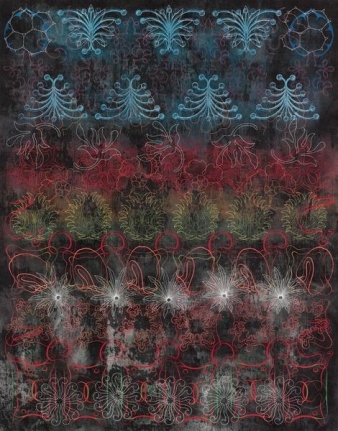 There used to be a time when curators could slap a label on a group of artists, claiming the work to be central, progressive, and an important part of their narrative of art history. This was when aesthetic and ideological positions were bedfellows. Thankfully, that oppressive age has passed. The problem now is that curators still believe they can nail it all down, possessing neither the courage nor honesty to admit that the best they can do is offer a partial view of what’s going on. Rather, all too often they are content to prop up artists who mirror their own disbelief in creativity and imagination, and claim this is the only truth. If this is what it means to have a finger on the pulse, then the only ones they are registering is their own, and the beat is pretty damned weak. Meanwhile, artists of all stripes, colors and persuasions are furiously spinning their own webs in very different parts of the woods.

Unable to acknowledge how intense and diverse painting is right now, many of New York’s institutionally based curators don’t seem the least bit curious about what can be seen in Manhattan and the outer boroughs, not to mention the small and large scenes spread throughout the world. With one eye on the marketplace and the other on their trustees’ shopping lists, all they appear interested in is coming up with a hip, one-term-fits-all, such as those found in the press release for the exhibition that Laura Hoptman curated at the Museum of Modern Art: The Forever Now: Contemporary Painting in an Atemporal World, where “atemporality,” “timelessness,” and “all eras co-exist” sound like ad copy for Disneyworld. Meanwhile, time does not stop, even if you are free, white and under thirty.

Given the extensiveness of his images, which he has derived from a multitude of sources and branches of knowledge, all of which he can readily identify, Philip Taaffe recognizes that “all eras [might] coexist,” but it is equally clear that he does not buy into painting being an “a-historical free-for-all.“ That attitude is too cavalier and imperious, just another quick and familiar way to disavow responsibility and belief.

In his first exhibition at Luhring Augustine (May 3–June 15, 2013), I was struck by the lack of repetition; he never used the same palette or included the same signs or images. While seriality and repetition are the bread and butter of the art world, Taaffe has eschewed the tried and true. He continues down this unlikely path in his current show of five large paintings in the spacious gallery of Luhring Augustine Bushwick (January 17–April 26, 2015), with the largest one, “Glyphic Field” (2014), measuring more than nine feet by twenty feet. 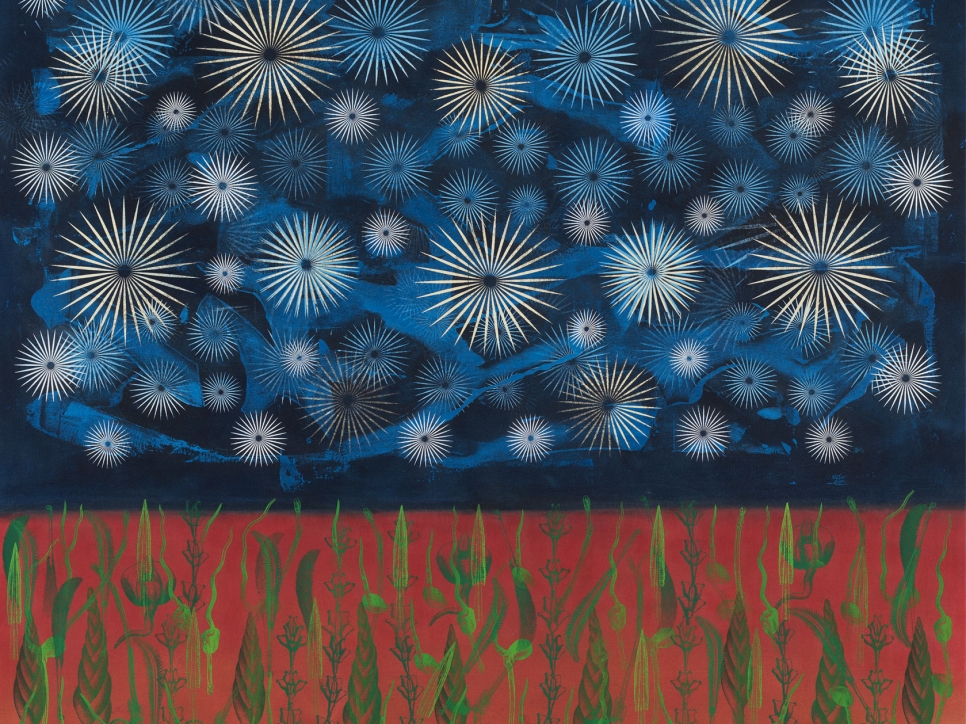 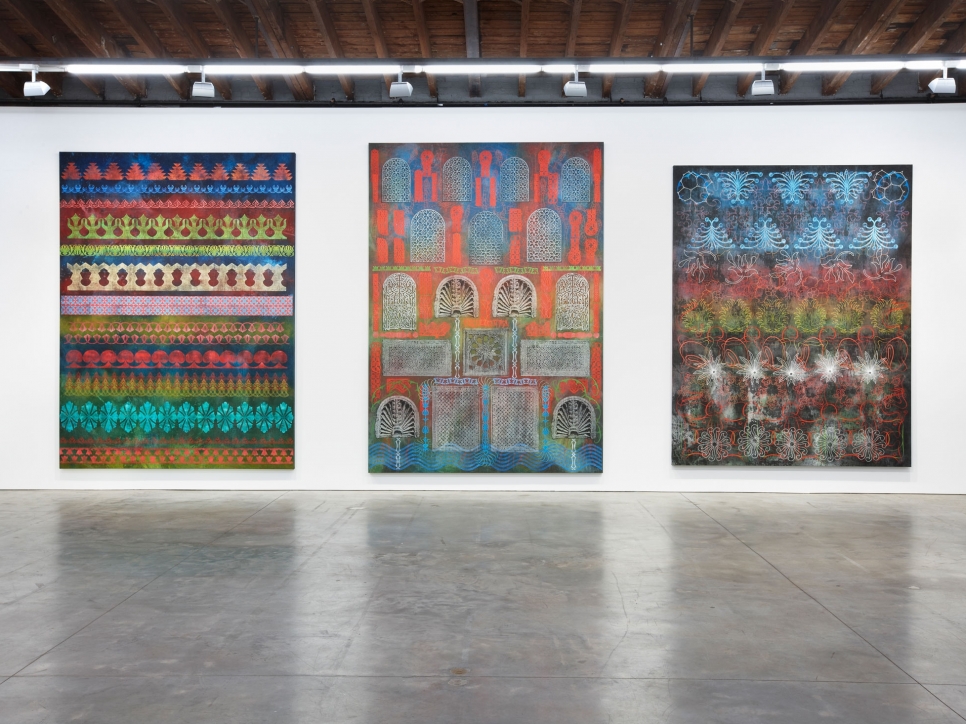