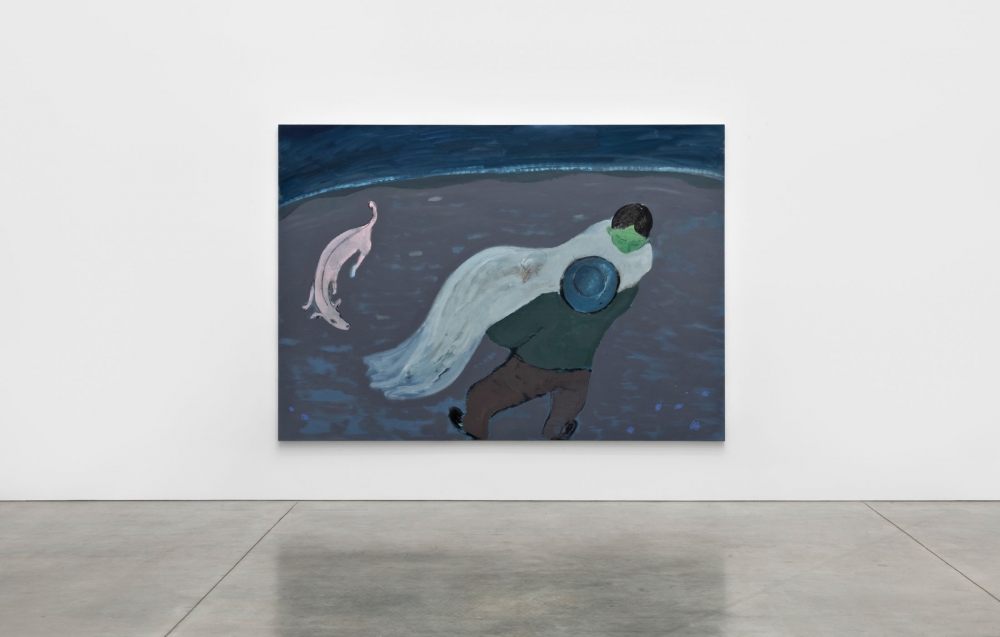 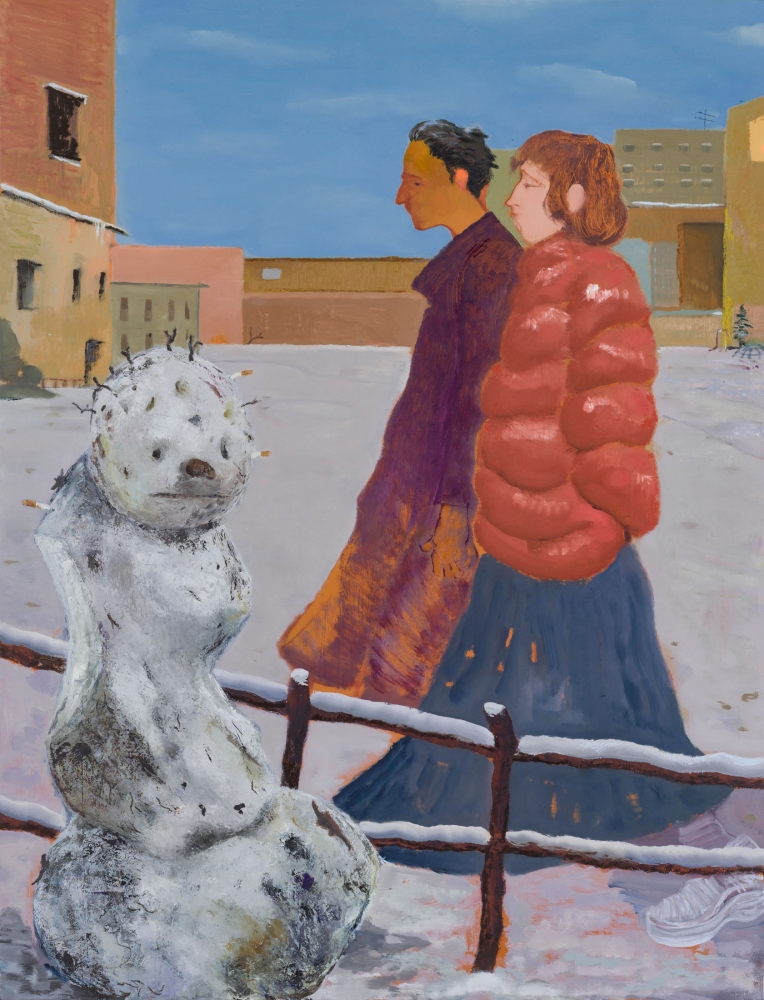 Sanya Kantarovsky is known for his work across a variety of mediums, as well as his texts and curatorial projects. His multifaceted approach often results in artworks that seem forced to reckon with their own embarrassment. The dark humor consistent in Kantarovsky’s work pits the sumptuous against the abject and thrusts private space – be it physical or psychological – into public view. Kantarovsky’s most well known body of work, his figurative paintings, contains drastic shifts in scale, paint application and stylization. Evoking the feeling of an uneasy inner monologue, figures are gawked at, exposed, poked, or spooned medicine. They interact with one another, as well as the edges of the canvas itself, testing the confines of their given bodies and their given frame. Similarly, the artist probes his art historical predecessors: both canonical and relatively unknown painters, writers and illustrators. The presence of these muses, which dot Kantarovsky’s compositions, simultaneously questions and indulges in a lineage of painterly impulses.

Kantarovsky was born in Moscow, Russia in 1982 and currently lives and works in New York. He studied painting at the Rhode Island School of Design in Providence, RI and received his MFA at the University of California, Los Angeles. Kantarovsky recently presented solo exhibitions at Kunsthalle Basel in Switzerland (2018) and the Fondazione Sandretto Re Rebaudengo in Turin, Italy (2017-2018). Recent group exhibitions include Radical Figures at Whitechapel Gallery, London; Baltic Triennial 13 GIVE UP THE GHOST; The Arcades: Contemporary Art and Walter Benjamin at the Jewish Museum, New York; The Eccentrics at Sculpture Center, New York; and his curatorial project Sputterances at Metro Pictures, New York. Other important presentations include Happy Soul at LAXART in Los Angeles; You are Not an Evening at Gesellschaft für Aktuelle Kunst in Bremen; What Were You Expecting, Mr. Milquetoast, a Plot? at Badischer Kunstverein in Karlsruhe; and Apricot Juice, with Ieva Misčeviūtė, at Studio Voltaire in London. A comprehensive monograph entitled No Joke was co-published by Studio Voltaire and Koenig Books in 2016. Kantarovsky’s works belong to several prestigious museum collections, including the Hirshhorn Museum and Sculpture Garden, Washington D.C.; the Institute of Contemporary Art/Boston; the Hammer Museum, Los Angeles; Los Angeles County Museum of Art, Los Angeles; Tate Modern, London; and the Whitney Museum of American Art, New York. 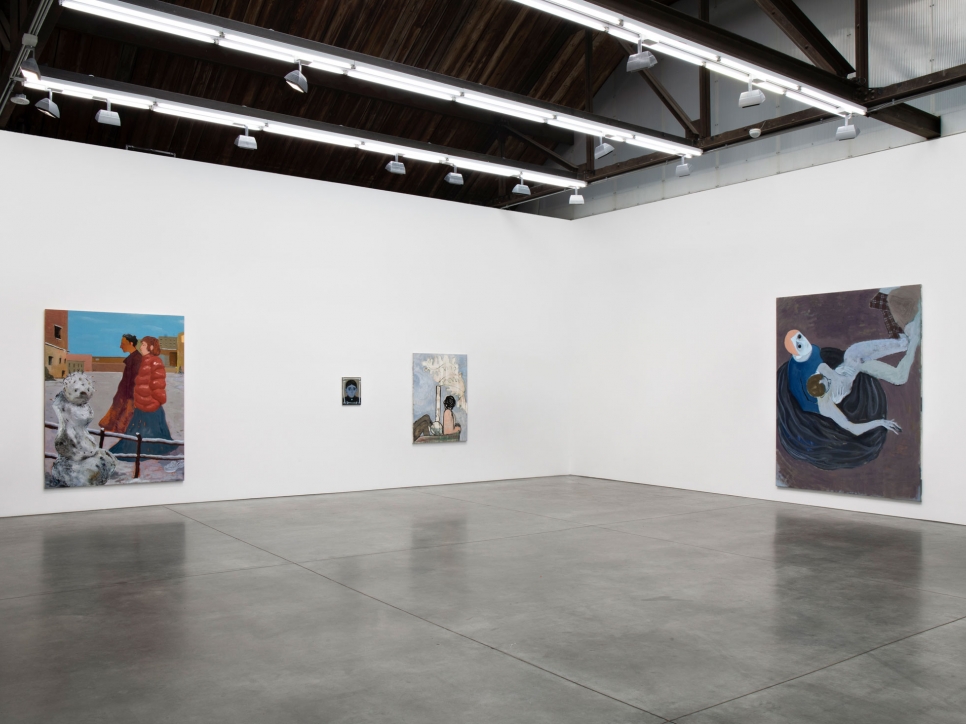 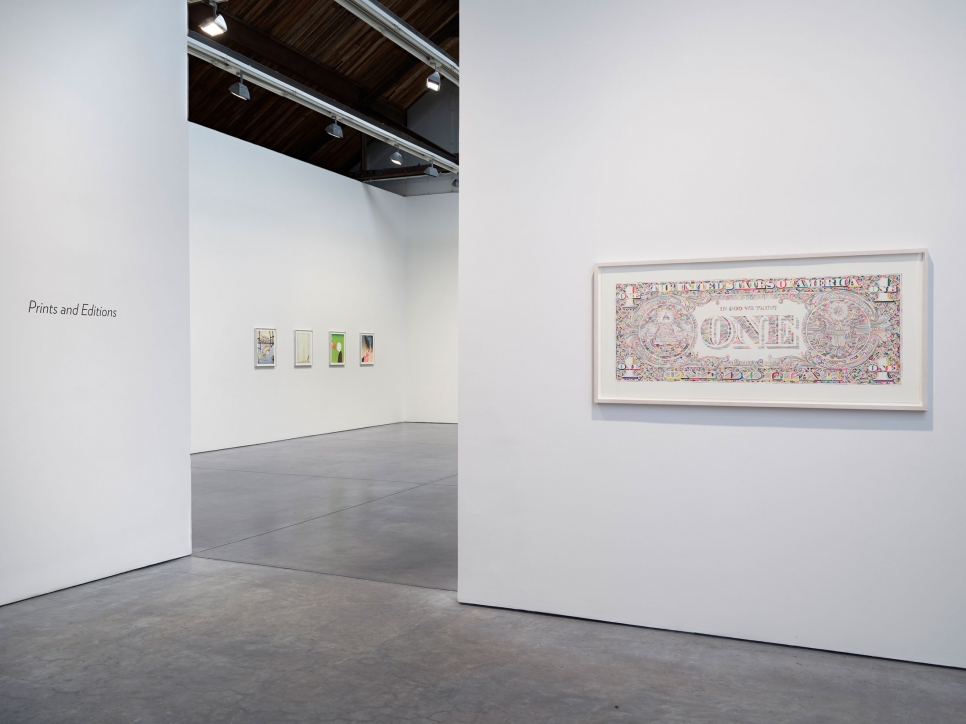 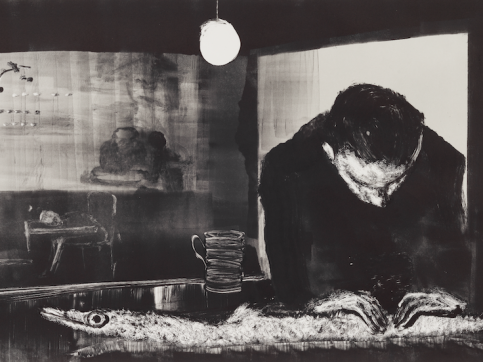 "Urbanities and Existential Angst: The Not Quite Figurative World of Painter Sanya Kantarovsky" by Paula Erizanu
The Calvert Journal December 22, 2020 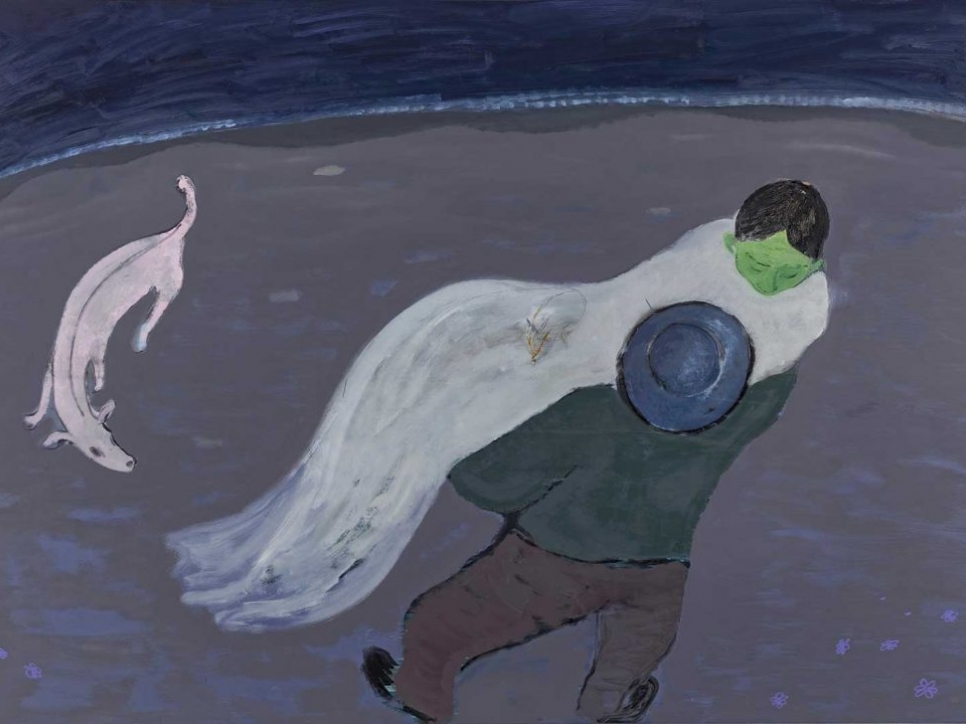 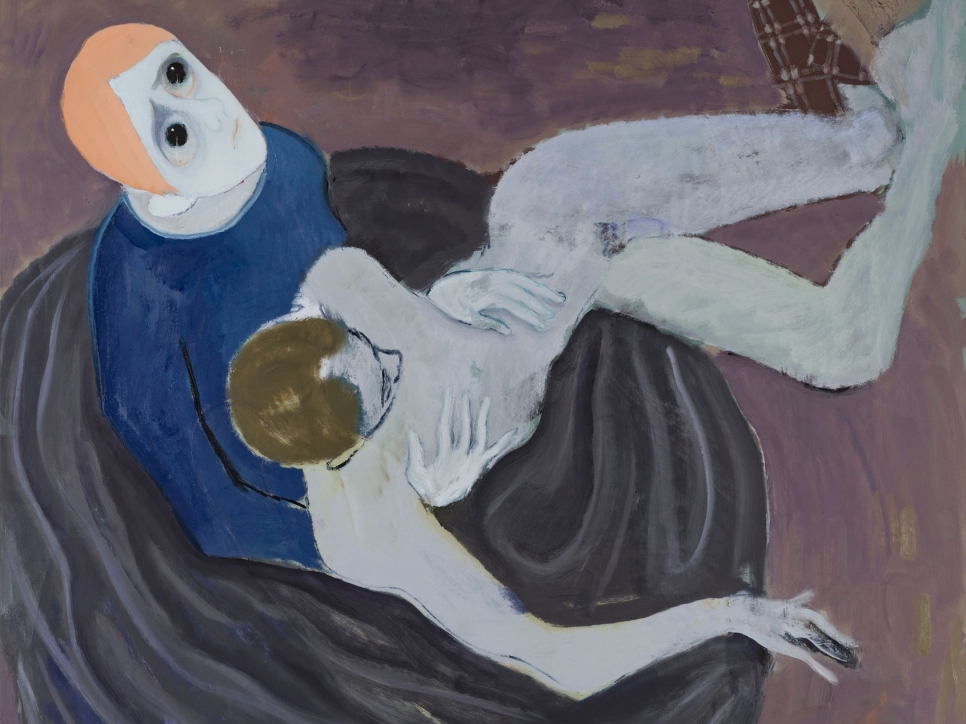 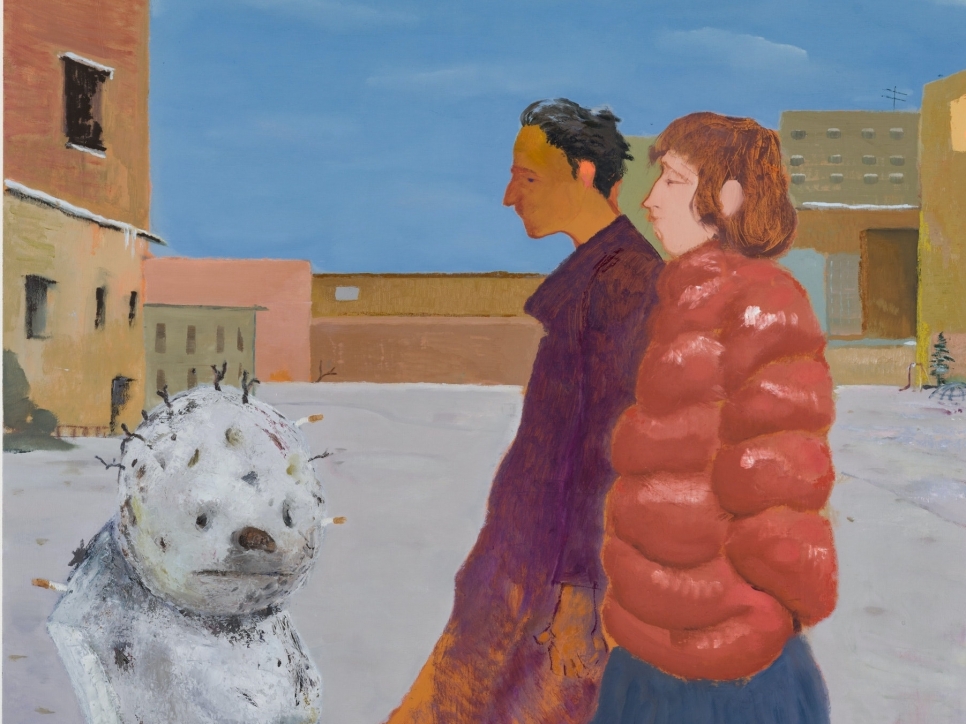 "Sanya Kantarovsky: On Them" by Nicholas Heskes
The Brooklyn Rail June 2019 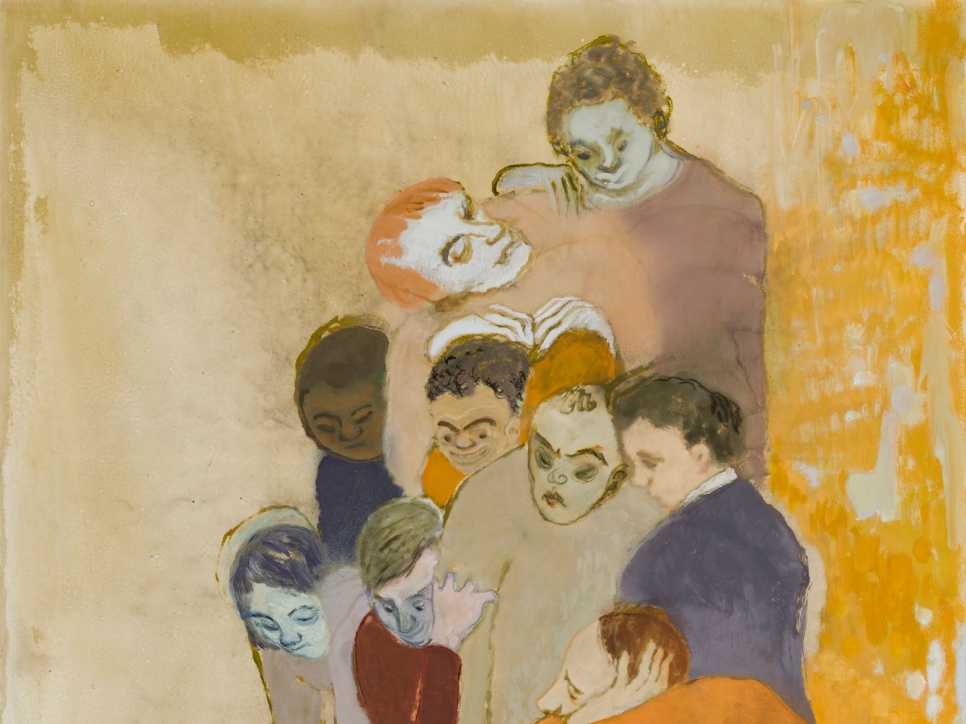 "What to See in Art Galleries Right Now" by Jason Farago
The New York Times May 29, 2019 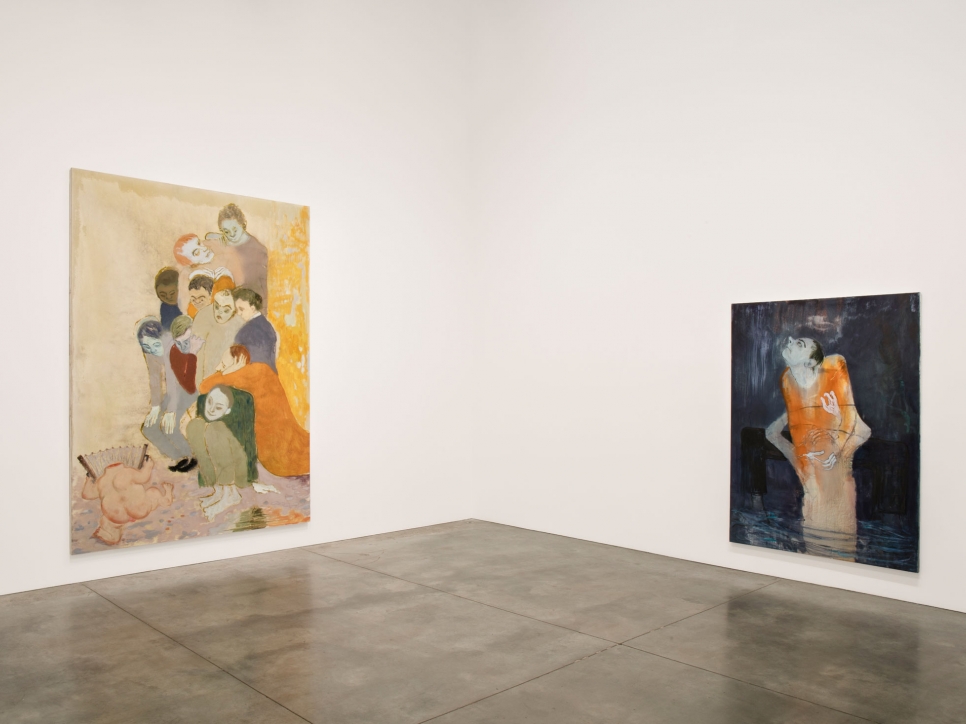 "Sanya Kantarovsky" by Johanna Fateman
The New Yorker May 20, 2019 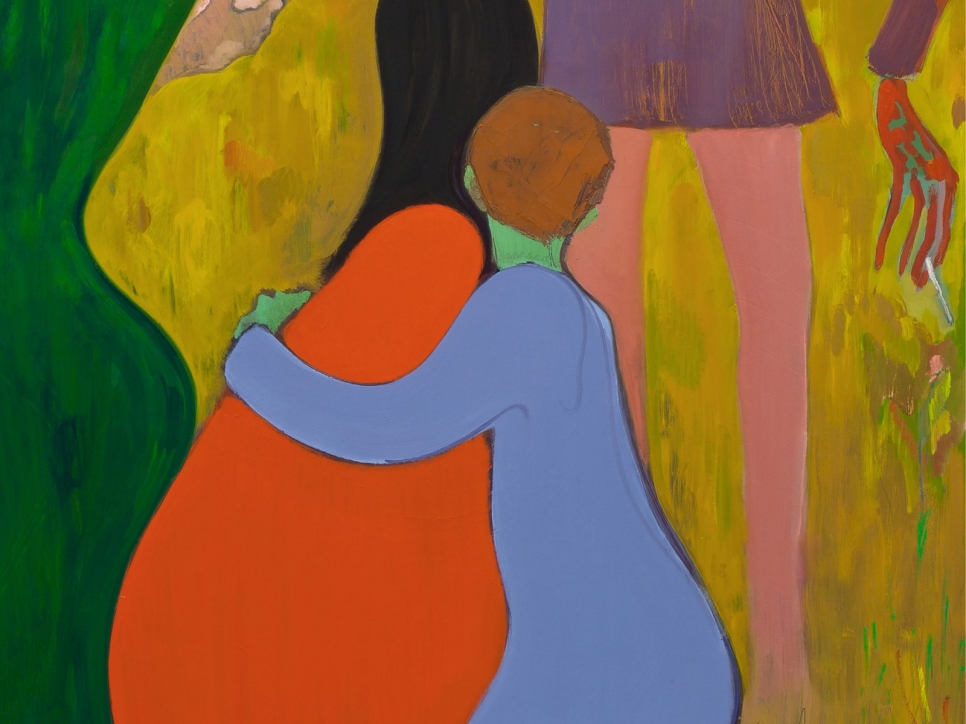 "The Darkly Comic Art of Sanya Kantarovsky" by Dodie Kazanjian
Vogue May 15, 2019 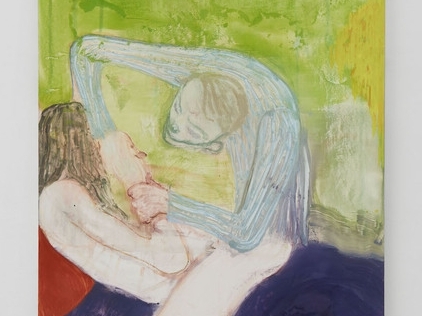 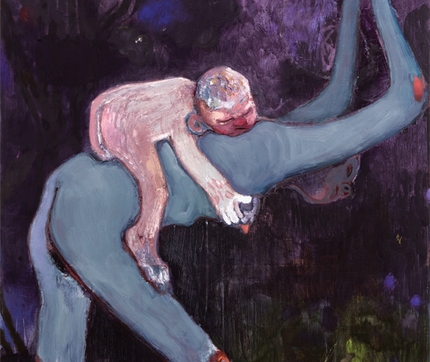