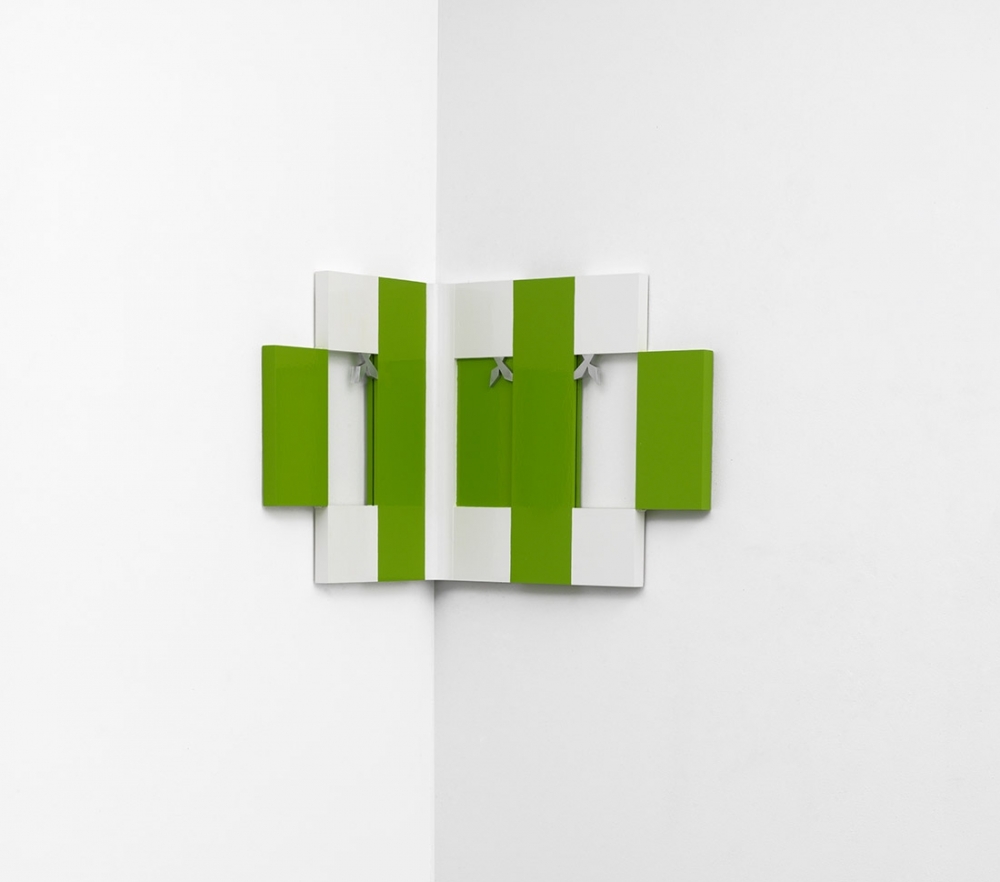 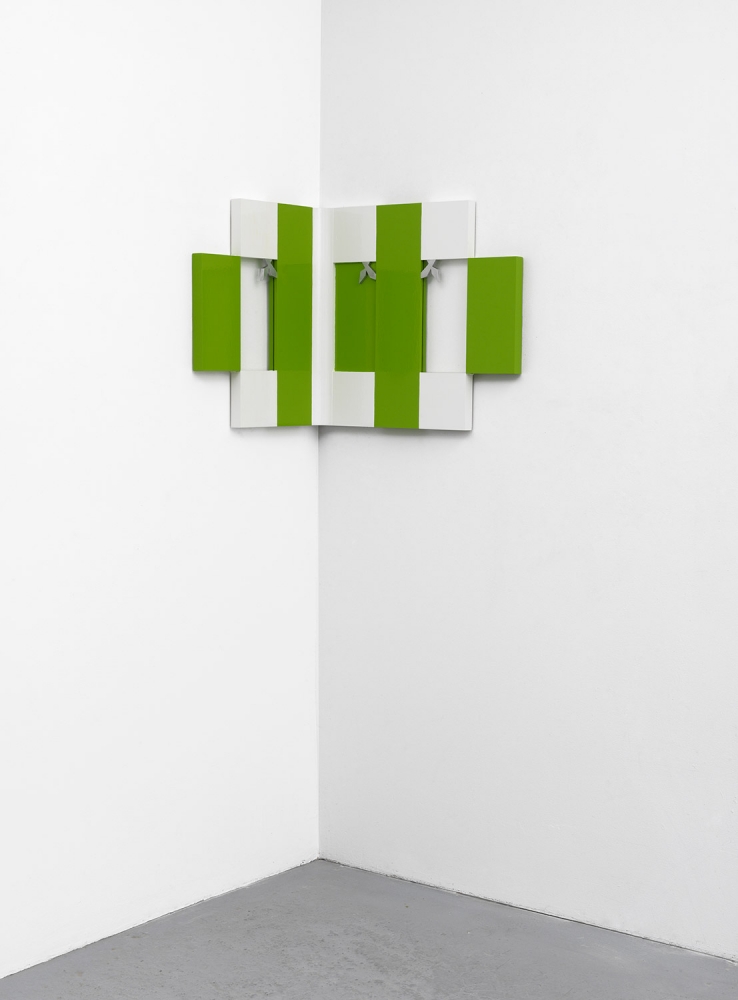 Richard Rezac’s latest show scrupulously delineates a vocabulary of shapes, surfaces and patterns, combining and recombining them to produce something like a grammar. As most critics note, his work often wanders the lines dividing architecture, interior design and sculpture, and two large-screen pieces—“Untitled (Ren Screen)” and “Chigi”—break up the space in particularly architectonic fashion. But Rezac also repeats and modulates forms within works and across them, using the same scalloped technique on the sides of a blue wall piece as well as a white floor piece, suggesting that we should see the world less as a panoply of infinite possibilities than as something made from a limited repertoire. The four wall-mounted sculptures in the “Zeilschip” series, apparently based on Dutch ceramic tiles, make the same tension visible. Each consists of a slightly off-kilter oval with a small feature (termed a “notation” by the artist) on the left, but each has a very different set of surface properties, running from matte to reflective, bright nickel to a dull, warm glow.

One of the appealing qualities of Rezac’s sculpture is that it affords a range of entry points. You can place his works in a lineage of modernist abstraction, from the essentializing gestures characteristic of De Stijl to the most lyrical passages of Anthony Caro, or you can think about the oddly juxtaposed materials and shapes that so often conjure surreal anthropologies. “Tendril (Thomaskirche),” for example, with its metal shafts and knobs protruding from a glossy green background, calls to mind Meret Oppenheim or Man Ray’s experiments in suggesting human form. In a recent interview, Rezac suggests that materials matter very little to each work’s initial conceit, but the care with which these juxtapositions are posed demonstrate their significance for his sculptural practice. 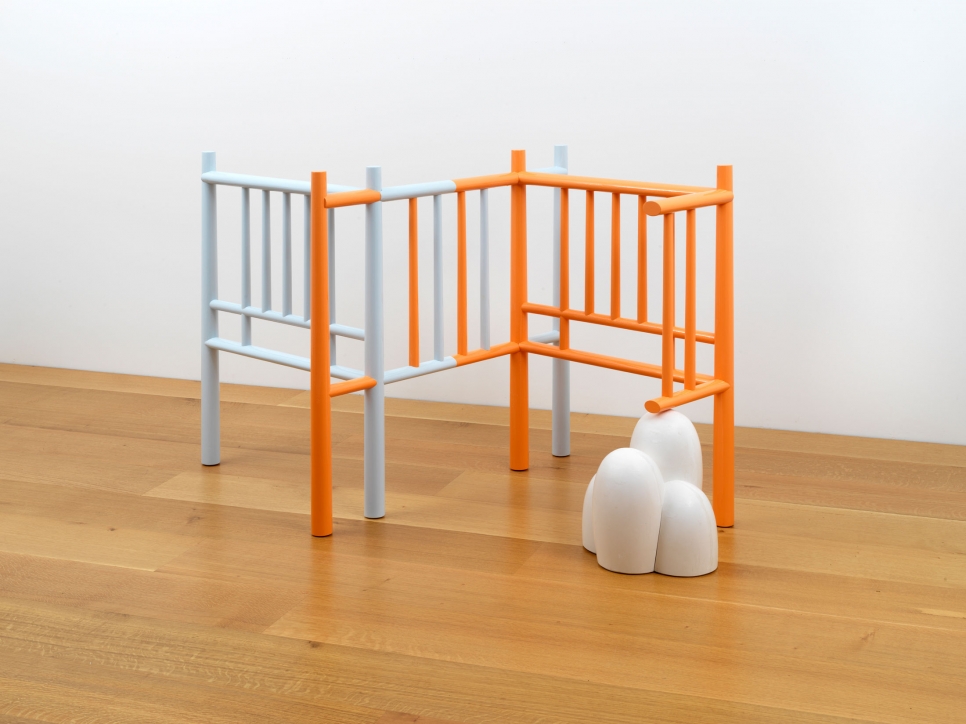 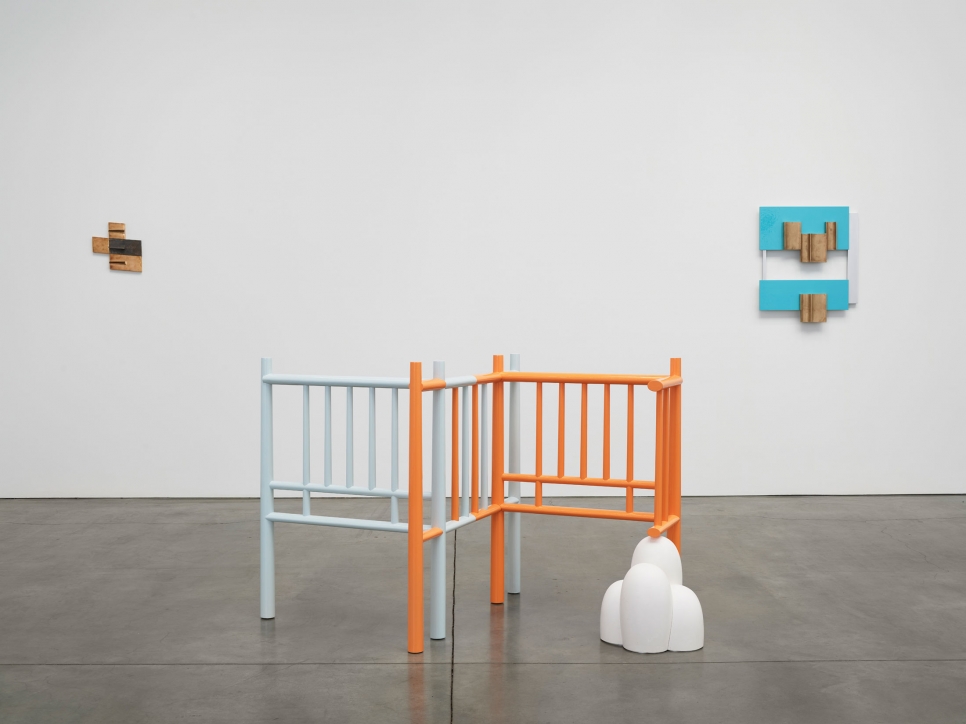